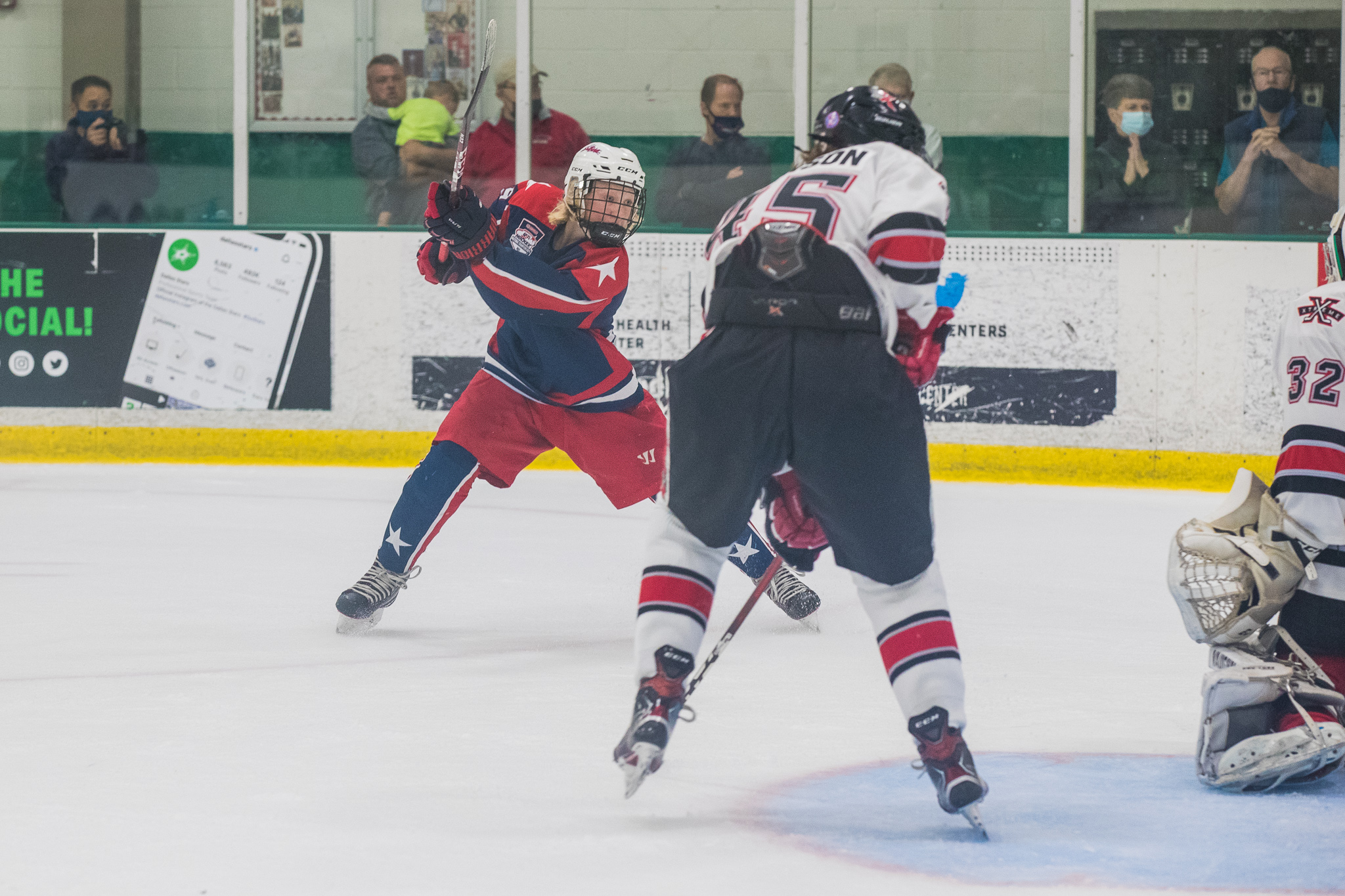 Team South Dakota (Team SD) is now 3-0 at nationals, and will enter the quarterfinal round as the tournament’s top seed. Head Coach Brian Prisbe…

Back-to-back penalties by Team SD left them shorthanded midway through the first, and Ashburn capitalized on the 5 on 3 advantage with a goal to close the gap, 2-1.

But Mitchell forward Parker Denne knocked home a goal on an assist from Tea forward Nathan Renken two minutes later, followed by another from Aberdeen forward Brady Huff, assisted by his hometown teammate, Myhre. Team SD finished the first period with a 4-1 lead.

They kept the momentum rolling into the second period, as Watertown forward Austin McBride rocketed a shot from the blue line that slid in the goalie’s five-hole, to give Team SD a comfortable 5-1 lead.

In the third, Team SD scored early on a goal by Brandon forward Keaton Hruby. That goal extended the lead to five, and Team SD shut out Ashburn the rest of the way to win the game. Hruby…

Brookings forward Cooper Deatherage talked about the team’s philosophy throughout the tournament.