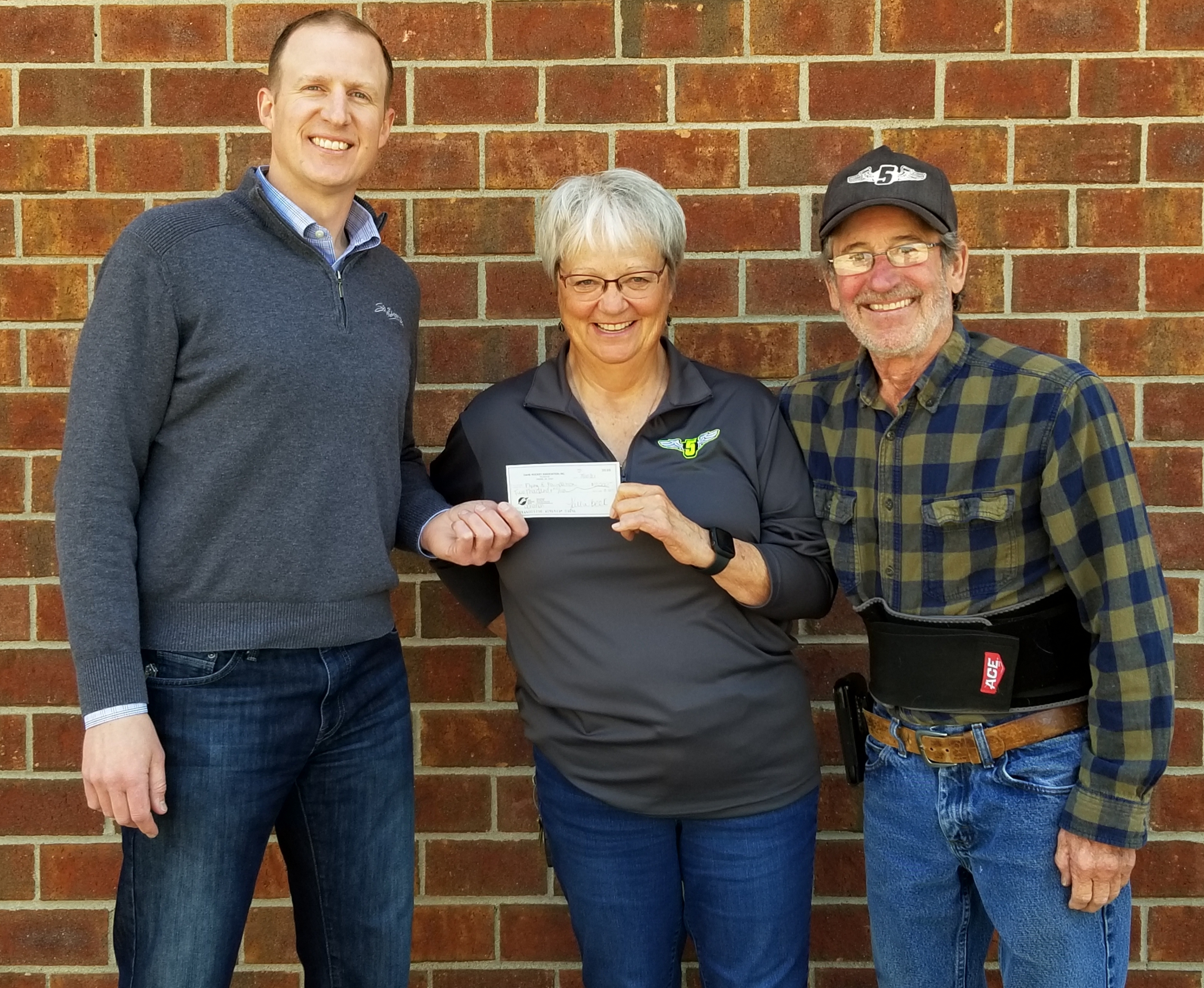 Pierre (SD) – The Oahe Hockey Association is donating $2,000 to the Flying 5 Foundation this week, in support of its philanthropic efforts in memory of former Capitals skater Tyler Wilcox.

Started by Tyler’s parents Bob and Jeri Wilcox, the Flying 5 Foundation seeks to lead by example, using a positive attitude, kindness, and respect to impact our world. The donation by the Oahe Hockey Association came from funds generated during the 15th Annual Tyler Wilcox Memorial Squirt hockey tournament.

The hockey tournament is held each year in honor of Tyler, who passed away from osteosarcoma in 2005. The tournament features teams at the Squirt level – usually 9 and 10 year olds – from around South Dakota, including the Oahe Hockey Association.

During the tournament, a sportsmanship award is presented to one player on each team. The player is selected for demonstrating a positive attitude, being a team player, and exhibiting leadership on and off the ice.

Following each tournament game, all players meet at center ice to tap sticks five times, in honor of Tyler. The Oahe Hockey Association, made up of more than 150 families in the Pierre and Ft. Pierre area, retired Tyler’s number 5 jersey in 2017.

The 16th Annual Tyler Wilcox Memorial Squirt Tournament will be held in January 2022.