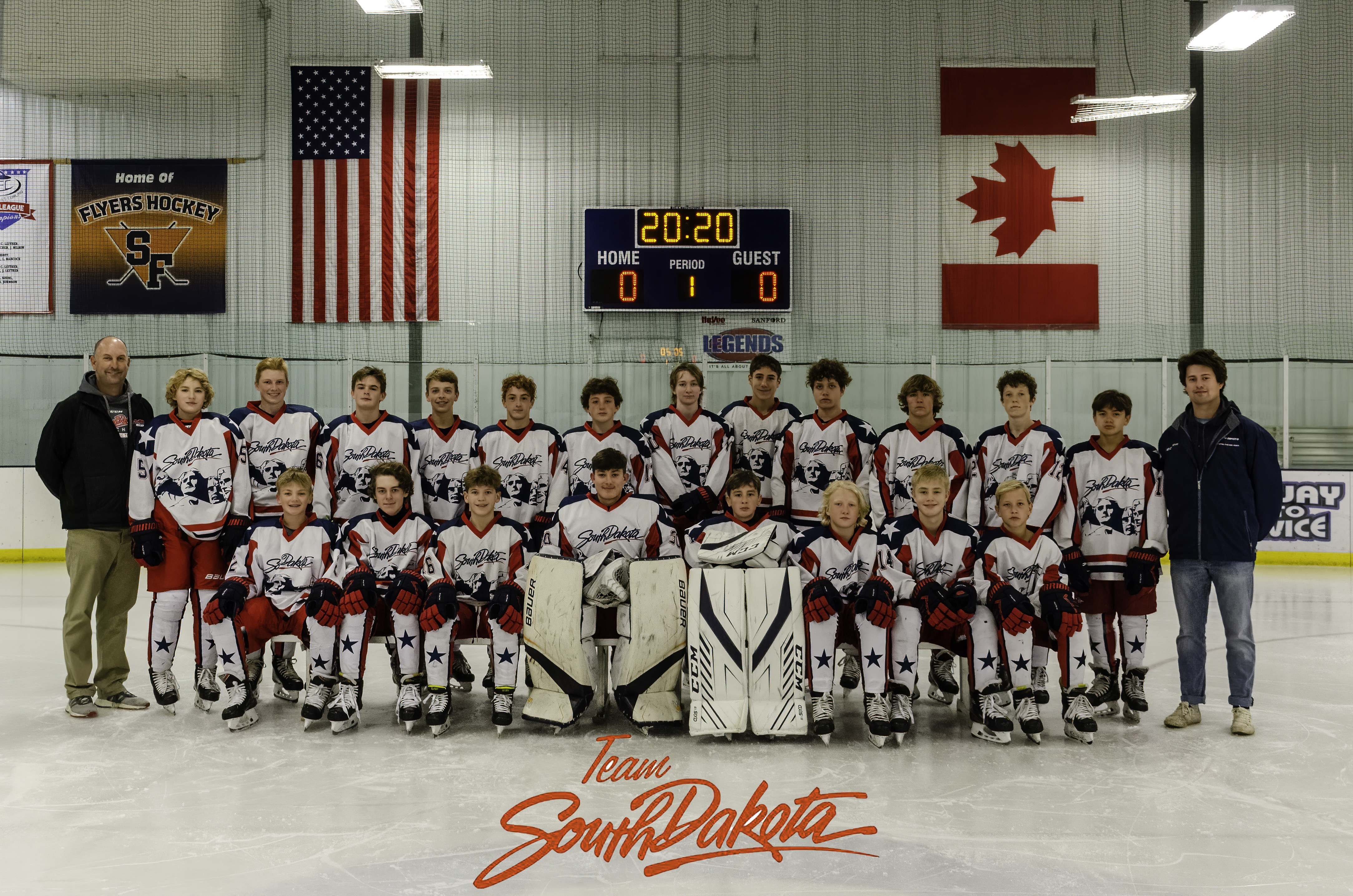 Team South Dakota is comprised of twenty youth ages 13 and 14 from eleven different communities across the state. Players skate for their local hockey associations during the regular season, and then come together to form Team SD for tournament play.

Teams from a dozen states will compete in three rounds of pool play, with the top teams advancing to the championship rounds.

The Tier II 14U National Championship Game will be played at 11:15 A.M. on Monday, May 3. All games are available for viewing online at Hockey TV www.hockeytv.com.