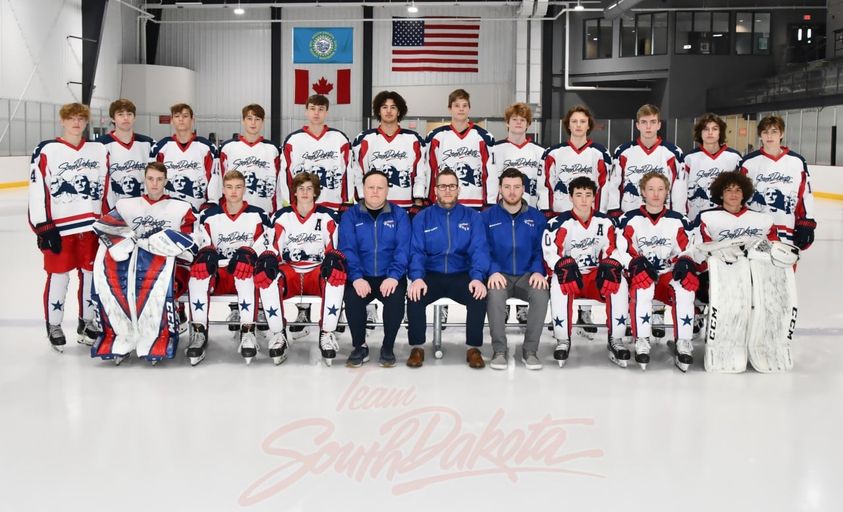 Competing in Grand Rapids, Michigan, the 16U Team South Dakota is set for a round robin national tournament beginning on Thursday. The team is comprised of 16 and under players from South Dakota Hockey Associations.

Team South Dakota has two local kids, Dre Berndt and Ashton Griese. Both Berndt and Griese have played the last two years for the Oahe Capitals varsity team helping both years reach the State Semifinals. Berndt and Griese combined to score 20 goals and 37 points on this year’s team as the Capitals finished the year in second place in the regular season and fourth in the state tournament. Curtis Egan of Pierre, currently coaching in the Sioux Falls Flyers Association is part of the coaching staff for this year’s team.

Games begin with Team South Dakota facing the Park City Ice Miners out of Utah on Thursday, April 29 at 12:15. Team SD’s second game, on Friday, will be against the Atlanta Fire at 10:15 AM and the final game of the round robin pool play will be against the Delaware Ducks at 5:00. Two teams from each pool will meet in the semifinals on Sunday and the championship game will be played Monday morning.