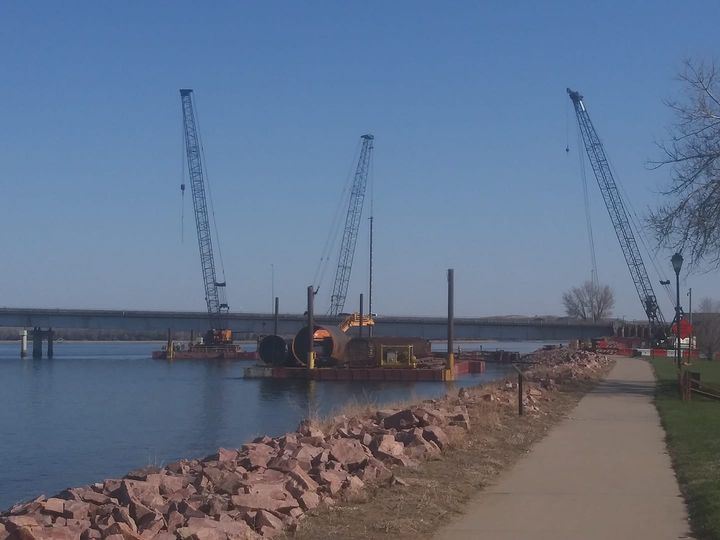 PIERRE — Work on building a new Missouri River crossing between Pierre and Fort Pierre remains on schedule. The Pierre City Commission was given a progress report on the John Waldron Memorial Bridge Tuesday night. Denae Johnson with Project Solutions says traffic will remain open during construction with some restrictions and changes….

A 13-foot width restriction will go into effect once traffic goes head-to-head on the eastbound side of the current bridge. Oversized traffic will be detoured over the Oahe Dam. Once the drilled shafts for the bridge supports are ready work will move fast….

Construction on the drilled shafts should begin before the end of April. The new bridge is expected to be ready for traffic by the end of 2022.