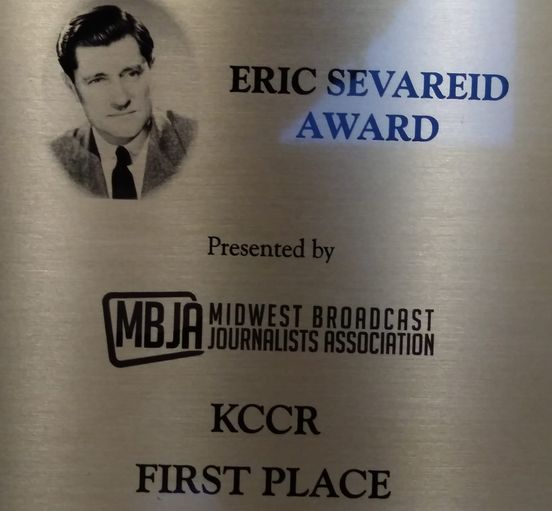 PIERRE — Riverfront Broadcasting is again the winner of multiple Eric Sevareid awards for excellence in both news and sports reporting and broadcasting. KCCR won 11 Sevareids for news and sports reporting for stories done in 2020. They include seven for news and four for sports. News awards include five First Place and two Awards of Merit. First place awards for news include the categories of Audio for the return of the 152nd CSSB…

General Reporting for the coverage of the funeral of Hughes County Chief Deputy Lee Weber….

Social Media for severe weather and the KCCR Storm Tracker and Spot News for live coverage of the August 30th 2020 tornado in Hand County….

The Awards of Merit are in Social Media for news and Newscast. The Sevareid winners for a six-state region were announced online during a virtual Midwest Journalism Conference held earlier this week. The Midwest Broadcast Journalist Association will present plaques to winners this October during an in-person Midwest Journalism Conference in Bloomington, Minnesota.  Winning stories and entries are below (some files were too large to download.)