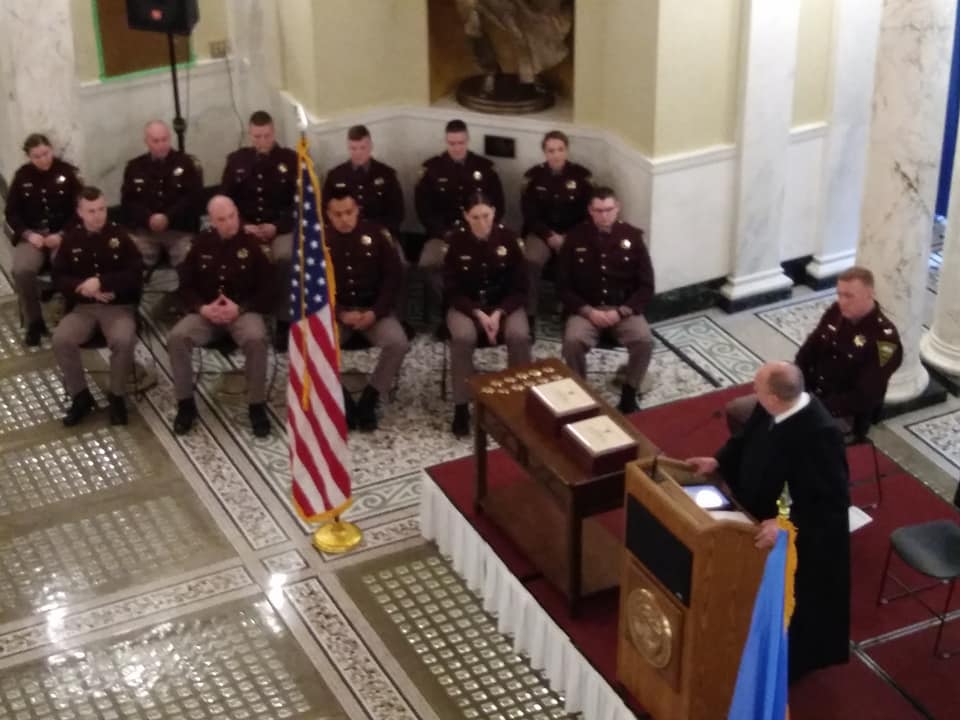 Miller told the class that respect is paramount…

One member of each Class presents a response during the ceremony. Class 64 was represented by Trooper Ryan Fechner, who will be stationed in Parker…