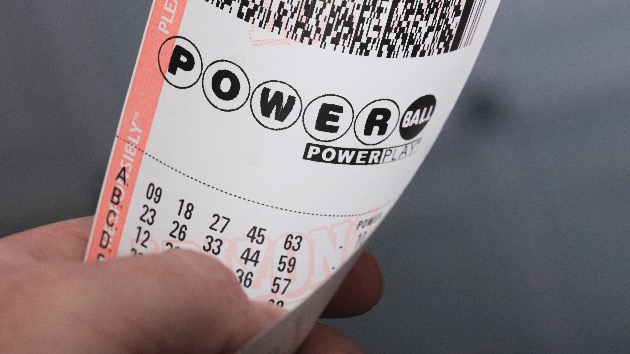 (NEW YORK) — Someone is taking home a big pot of cash.

One person in California bought the ticket that matched all six numbers drawn Monday night to win the Powerball jackpot worth $699.8 million. It is the fifth largest in Powerball history and the seventh largest jackpot in U.S. lottery history, Powerball said in a statement early Tuesday morning.

The person — whose identity was not released — bought the winning ticket at Albertsons grocery store in Morro Bay, near San Luis Obispo.

The jackpot was last hit on June 5, and since then there have been 40 consecutive drawings without a Grand Prize winner, a new record for the Powerball jackpot, according to officials.

The lottery is available in 45 states, the District of Columbia, Puerto Rico and the U.S. Virgin Islands.

This was the first Powerball jackpot won on a Monday night since the game launched a third weekly drawing on Aug. 23.

“The lucky ticket holder will have the choice between an estimated annuity of $699.8 million, paid in 30 graduated payments over 29 years, or a lump sum payment of $496 million. Both prize options are prior to taxes,” Powerball said. “Participating lotteries are reminding players to check their tickets for one of the nine ways to win. In Monday’s drawing alone, more than 2.2 million tickets won prizes ranging from $4 to $2 million.”

On Monday, five tickets matched all five white balls but missed the red Powerball to win a $1 million prize. The $1 million-winning tickets were sold in Arizona, Florida, Massachusetts and Virginia. A ticket sold in Tennessee matched all five white balls and doubled the prize to $2 million, because it included the Power Play feature for an additional $1, the company said.

Monday’s Powerball drawing was the 41st drawing in the jackpot run: a record for the number of consecutive drawings without a Grand Prize winner.

Even though there hadn’t been a jackpot winner in months, several Powerball players have earned smaller cash prizes.

The largest Powerball jackpot prize money was $1.586 billion in 2016, which was shared by winners in California, Florida and Tennessee, officials said.

The odds of winning the jackpot are 1 in 292.2 million, according to Powerball officials.