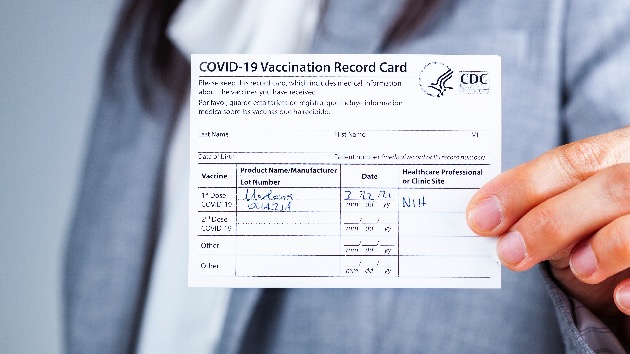 (NEW YORK) — New York City Mayor Bill de Blasio on Wednesday was set to announce a COVID-19 vaccine mandate for all municipal workers — a move that is likely to escalate tensions with unions and employees that have been resistant, a source told ABC News.

Nearly 150,000 of the city’s workers — teachers and school staff — had already been required to be vaccinated, but the new announcement took the push for vaccination one step further.

About 71% of employees have already have at least one shot of the vaccine. It’s up to 94% in the 11 city-run hospitals, and 96% in schools, where vaccinations are already mandatory.

But other sectors of the city’s workforce, including the police and fire departments, lag behind.

About 69% of NYPD employees and 60% of FDNY workers are vaccinated and both the fire and police commissioners have endorsed the mandate. The Police Benevolent Association has previously said “vaccine is a medical decision that members must make in consultation with their own health care providers.”

The mandate is expected to include all employees from sanitation workers to office workers and will require some 161,000 workers to have their first dose by the end of the month.

The mayor, who is pondering a run for governor when his term ends at the end of the year, is set to appear on MSNBC to make the announcement.

Municipal employees who do not get vaccinated will be placed on unpaid leave, and their future employment will be resolved in negotiations with individual labor unions.

Correction officers will face a later deadline of Dec. 1.