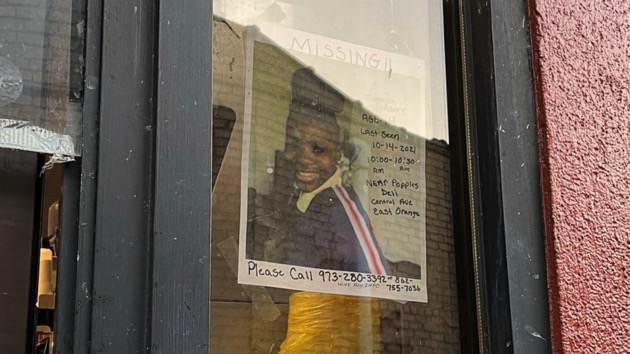 (NEW YORK) — Jashyah Moore, a 14-year-old from New Jersey, was found safe in New York City on Thursday, according to officials.

The teen “is currently safe and is being provided all appropriate services,” acting Essex County Prosecutor Theodore N. Stephens said in a statement. Jashyah had been missing since Oct. 14.

Stephens said she would be returned to New Jersey shortly.

Investigators had increased the reward for locating Jashyah to $15,000 this week after an anonymous local business owner’s donation.

“Jashyah is one of our own,” East Orange, New Jersey, Mayor Ted Green said. “We’re asking this community, as we have been asking from day one, to help us in locating this young lady.”

Jashyah’s family had pleaded with the community to help bring her daughter home.

She was last seen around 10 a.m. at Poppie’s Deli Store in East Orange after her mother, Jamie Moore, asked her to go to the store for groceries. According to police, surveillance footage shows Jashyah entering the store with an older male who paid for her items. However, the footage does not appear to show them leaving the store together, police say. The man has cooperated with investigators and been helpful in the search, police said.

Jashyah initially returned from the store and told her mom she had lost the card the family uses for groceries. Moore told her daughter to retrace her steps to find it.

Moore said that was the last time she saw her daughter.

“I cannot imagine what she might be going through just being away from us this long, being away from her family who loves her very much,” her mother said through tears at a press conference last Friday. “If anybody knows anything, please, please come forward.”

East Orange Police, the FBI and the New Jersey State Police worked in collaboration to help find Jashyah. They say if anyone knows about her disappearance, they should call the East Orange Police at 973-266-5041.