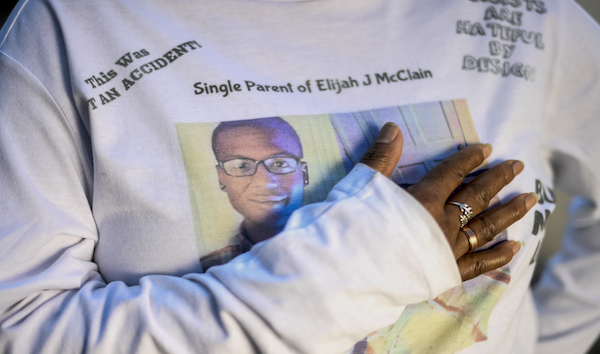 Attorneys representing Elijah McClain’s family and the City of Aurora have reached an agreement that the city will pay out $15 million in the civil rights lawsuit filed over McClain’s violent arrest and subsequent death, an official briefed on the matter told ABC News.

This will be the highest police settlement in the history of Colorado, the official said.

The agreement comes over a year after the family filed a 106-page federal lawsuit in the U.S. District Court of Colorado that accused several first responders involved in the incident of violating Elijah McClain’s civil rights and causing his death.

The money will be divided between Elijah McClain’s mother and father. ABC News has reached out to their attorneys for comment.

McClain, 23, was confronted by police on Aug. 24, 2019, while walking home from a convenience store after a 911 caller told authorities they had seen someone “sketchy” in the area.

McClain was unarmed and wearing a ski mask at the time. His family says he had anemia, a blood condition that can make people feel cold more easily.

According to an independent review of his death, officers placed McClain in a carotid chokehold that restricts the carotid artery and cuts off blood to the brain.

The independent review found that McClain had pleaded with officers, crying out in pain, apologizing, and attempting to explain himself.

When EMTs arrived, he was administered a shot of 500 milligrams of ketamine and placed in an ambulance where he had a heart attack, according to officials. He died on Aug. 30, three days after doctors pronounced him brain dead and he was removed from life support, officials said.

The legal battle over McClain’s death is not over: A state grand jury filed a 32-count indictment against the three officers and two paramedics in September, accusing them of several charges, including manslaughter and criminally negligent homicide.

The defendants’ next court date is on Jan. 7, when they are expected to enter their pleas on the charges.

The Aurora Police Association Board of Directors has defended the officers, saying in a past statement: “There is no evidence that APD officers caused his death. The hysterical overreaction to this case has severely damaged the police department.”