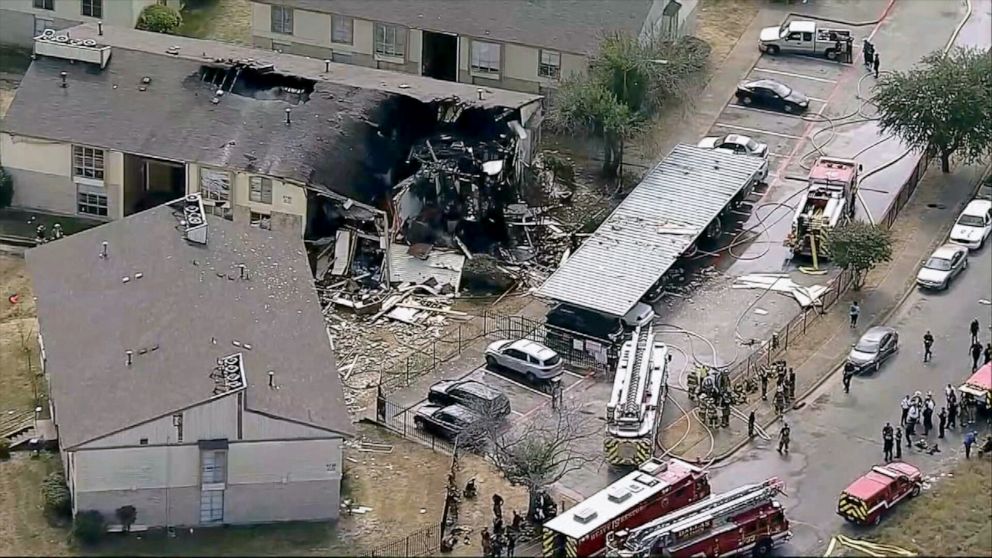 (DALLAS) — A Dallas apartment building has partially collapsed after firefighters were called to investigate a carbon monoxide leak, according to officials.

When firefighters arrived at the South Dallas apartment building around 10:30 a.m. local time, they noticed an odor of gas around the building, according to Dallas Fire-Rescue.

An explosion occurred while fire crews were investigating the scene, causing the two-story building to partially collapse, officials said.

The fire was producing flames and heavy smoke by 11 a.m., Dallas Fire-Rescue spokesman Jason Evans told reporters in a news conference Wednesday afternoon. At least half of the building appeared to be badly damaged and piles of debris from the building could be seen strewn around the structure.

Seven people, including at least four firefighters, were injured in the explosion and taken to local hospitals. Two victims are in critical condition; five are in stable condition, according to Dallas Fire-Rescue.

Residents began reporting the smell of gas as early as Tuesday night, Evans said. He did not elaborate on the initial investigation into those reports.

It is unclear what caused the explosion, fire officials said. Additional information was not immediately available.