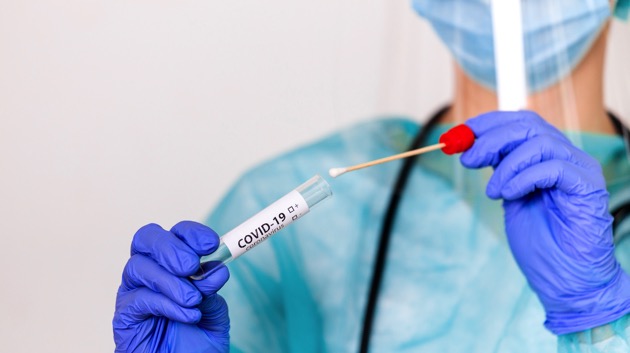 More than 666,000 Americans have died from COVID-19 while over 4.6 million people have died from the disease worldwide, according to real-time data compiled by the Center for Systems Science and Engineering at Johns Hopkins University.

Just 63.3% of Americans ages 12 and up are fully vaccinated against COVID-19, according to data from the Centers for Disease Control and Prevention.

In an open letter, Pfizer CEO Albert Bourla is making the case for his company’s vaccine booster shot, one day before an FDA advisory committee meets to debate and vote on the issue.

Bourla underscored the “strong immune response after the booster dose” and vowed that Pfizer has “stayed true to our commitment of full transparency without selectively cherry-picking data.”

Bourla also addressed international concerns over boosters for all potentially detracting from access to first doses in developing countries.

“Some people and organizations have raised concerns that the approval of boosters will divert doses dedicated to the low- and middle-income countries and redirect them to the high-income countries. And they use this argument to claim that boosters should not be approved. I disagree,” Bourla wrote.

“No commitments already made by Pfizer to a country will change if boosters are approved,” he wrote.

The U.S. reported a staggering 2,000 COVID-19 related fatalities overnight, marking the highest single-day death total in nearly seven months, according to federal data. Although that large number could be partially due to data backlogs, it’s still significant given that the pandemic has been ongoing for 18 months.

Idaho is expanding its crisis standards of care plan to the entire state due to a surge in hospitalized patients that’s exhausting resources.

“The situation is dire,” Dave Jeppesen, director of the Idaho Department of Health and Welfare, said in a statement Thursday. “We don’t have enough resources to adequately treat the patients in our hospitals, whether you are there for COVID-19 or a heart attack or because of a car accident.”

“When crisis standards of care are in effect, people who need medical care may experience care that is different from what they expect,” state officials said. “For example, patients admitted to the hospital may find that hospital beds are not available or are in repurposed rooms (such as a conference room) or that needed equipment is not available.”

“Not all hospitals will move to that standard of care,” state officials said Thursday. “Hospitals will implement as needed and according to their own CSC policies.”

A COVID Green Pass will be required for all workers in Italy, in both private and public sectors, beginning Oct. 15, the government announced Thursday.

The Green Pass proves a person is vaccinated, has recovered from COVID-19 or has had a negative test in the last two days.

Employees who go to work without the pass face a five-day suspension without pay.

An FDA advisory panel will convene in open session Friday to debate the latest booster shot data submitted by Pfizer, and following a non-binding vote, the FDA is expected to formally amend its current vaccine approval for Pfizer.

Opening remarks are set for 8:30 a.m. ET. That’s followed by introductions by the FDA, presentations from CDC representatives, discussion of booster protection and a presentation from Pfizer.

After a public hearing portion in the afternoon and a Q&A on the Pfizer and FDA presentations, the committee is expected to debate the issue for about two hours. A vote is expected at about 4:45 p.m. ET.

Next week, the matter heads to the CDC’s independent advisory panel whose members will discuss who should get a booster and when.

Booster shots are now being administered in England.

Eligible people must be six months out from their last shot and include: adults ages 50 and over; people in residential care homes; frontline health care workers; social workers; people who are immunocompromised; and caregivers for the immunocompromised.

About 4.5 million people will be eligible for a booster in the next few weeks.

Pope Francis said Wednesday he found it “ironic” that a cardinal who was not vaccinated against COVID-19 had been hospitalized with the virus.

Speaking to reporters on his plane while returning to Rome after visiting Hungary and Slovakia, Francis discussed the hesitancy against COVID-19 vaccines and how it has divided people.

“It’s strange because humanity has a friendly relationship with vaccines,” the pope said. “As children, we got them for measles, for other things, for polio. All the children were vaccinated, and no one said anything. Then this happened.”

“Even in the College of Cardinals, there are some anti-vaxxers,” he added, “and one of them, poor man, is in hospital with the virus. But life is ironic.”

Although Francis didn’t identify the man by name, it appeared he was referring to American Cardinal Raymond Burke, one of the Catholic church’s most outspoken conservatives who eschewed the COVID-19 vaccine and spent days on a ventilator after contracting the virus in August.

Francis noted that everyone in the Vatican, “except for a small group,” has been vaccinated against COVID-19.

China said Thursday that it has vaccinated more than 1 billion people against COVID-19.

According to the Chinese National Health Commission, 2.16 billion doses of COVID-19 vaccines have been administered in the country so far, fully vaccinating 1.01 billion people. That accounts for more than 70% of China’s population.

China’s COVID-19 vaccination rate is now among the highest in the world, above the United States and Europe. The inoculation drive, however, only used domestically-made vaccines, including Sinopharm and Sinovac Biotech, both of which were approved for emergency use by the World Health Organization but have faced growing scrutiny that they may not be very effective at curbing the spread of the virus, particularly the new variants.

Despite chasing zero cases with the strictest of suppression methods, China still suffers the occasional COVID-19 outbreak. A fresh outbreak of the more contagious delta variant has been growing in the southeastern province of Fujian. Chinese authorities said the source of the outbreak there was a father who returned from Singapore in early August and transmitted the virus to his child after quarantining. The father didn’t test positive for COVID-19 until 38 days after he had returned to China.

Painting the threat of the virus coming in from abroad, China has no plans to reopen its borders for the foreseeable future. Even the 2022 Winter Olympics in Beijing in February Feb is expected to be held within a very strict bubble that will make the recent Tokyo Games seem lax.

New York City’s Heath Department announced Wednesday it is investigating a cluster of COVID-19 cases that were linked to a Labor Day weekend concert.

At least 16 people have been identified as part of the cluster linked to the Electric Zoo music festival on Randall’s Island, which is located in the East River, the department said.

Eight people have been also been identified who “though likely exposed prior to attending the concert,” were in attendance while potentially contagious, according to the health department.

“Anyone who attended this festival should get tested immediately, regardless of whether or not they have been vaccinated. This is especially urgent if attendees are experiencing symptoms,” New York City’s health commissioner, Dr. Dave Chokshi, said in a statement.

The concert’s organizers had strict rules for entrance.

Attendees had to show proof of vaccination that matched their photo ID. Unvaccinated ticket holders were allowed in if they showed proof of a negative test “no more than 3 days prior to each day of attendance,” according to the concert’s website.

The U.S. Centers for Disease Control and Prevention’s Advisory Committee on Immunization Practices (ACIP) is planning to meet on Sept. 22 and 23 and is prepared to discuss COVID-19 vaccine boosters.

This will delay the potential start date of boosters until at least late next week, past the president’s planned start date for boosters on Sept. 20.

The White House acknowledged that the start date is ultimately up to the CDC and Food and Drug Administration.

The FDA advisory panel is currently scheduled to hold a public hearing on boosters for the Pfizer vaccine and will have a non-binding vote later that day.

If the FDA approves, the ACIP will discuss and vote on recommendations, such as who should get the boosters and when.

The CDC director will make the ultimate decision on the boosters following the ACIP recommendations.