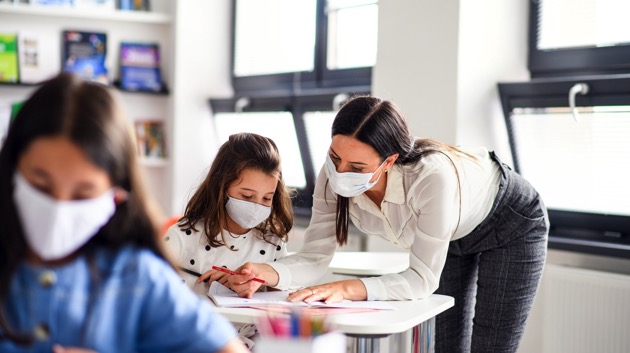 (NEW YORK) — The United States has been facing a COVID-19 surge as the more contagious delta variant continues to spread.

More than 702,000 Americans have died from COVID-19 while over 4.8 million people have died from the disease worldwide, according to real-time data compiled by the Center for Systems Science and Engineering at Johns Hopkins University.

Just 65.5% of Americans ages 12 and up are fully vaccinated against COVID-19, according to data from the CDC.

Here’s how the news is developing. All times Eastern.

The Pentagon announced Monday that all of its civilian employees must be fully vaccinated by Nov. 22.

“Vaccinating (department) civilian employees against COVID-19 will save lives and allow for the defense of our nation,” Deputy Defense Secretary Kathleen Hicks wrote in a memo sent out to Pentagon leadership Monday. “Thank you for your focus on this critical mission.”

There is already a vaccine mandate for military members, but each branch of service has its own deadline.

The Food and Drug Administration approved a new rapid test Monday that it said will double the at-home testing capacity in the U.S. over the next few weeks.

The ACON Laboratories Flowflex COVID-19 Home Test will ideally assuage the shortage of over-the-counter, at-home rapid testing that has gone on since schools and other businesses have returned to in-person work.

“By year’s end, the manufacturer plans to produce more than 100 million tests per month, and this number will rise to 200 million per month by February 2022,” the FDA said in a press release Monday.

A group of 10 teachers, educators and administrators filed an emergency motion Monday for a temporary restraining order and a preliminary injunction to prevent the city from further enforcing the mandate.

“This policy is reckless, senseless, and not only violates the fundamental rights of thousands of New Yorkers but will also put over 1 million New York City public school children at risk of imminent harm,” the petition said.

The judge scheduled a hearing for Tuesday morning to consider the request and preliminary injunction.

Earlier Monday, New York City Mayor Bill de Blasio said 95% of all full-time Department of Education employees are vaccinated, including 96% of all teachers and 99% of all principals.

Last week, the U.S. reported more than 173,000 child COVID-19 cases, marking the first week with fewer than 200,000 new cases reported since mid-August, according to a newly released weekly report from the American Academy of Pediatrics and the Children’s Hospital Association.

Even with the decline, last week children still accounted for 26.7% of reported weekly cases. (Children make up 22.2% of the population.)

The South is reporting the highest number of pediatric cases followed closely by the Midwest.

The number of children hospitalized with COVID-19 is also declining. About 1,700 children are currently hospitalized across the country, according to AAP and CHA.

Severe illness due to COVID-19 remains “uncommon” among kids, the two organizations wrote in the report. However, AAP and CHA warned that there is an urgent need to collect more data on the long-term consequences of the pandemic on children, “including ways the virus may harm the long-term physical health of infected children, as well as its emotional and mental health effects.”