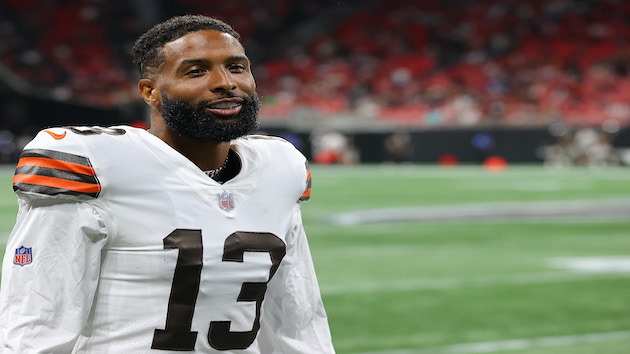 “[I] just felt like that was the right thing to do,” he said. “Last week, I thought we had a good plan. He was close, working very hard on the side, but felt like it made more sense to have clarity early in the week from a game-planning [and] practice standpoint.

Stefanski said Beckham has not had a setback and will continue to practice this week on a limited basis.

Beckham has been recovering from knee surgery after he tore his left ACL last season.

He was a game-time decision for the team’s week one game against Kansas City but was ruled inactive for the game.

“He was pushing to get there, just didn’t feel like he could play a significant number of snaps,” Stefanski said. “I just felt like this for this week, the prudent thing to do was let those other guys get all those reps, although they got a bunch last week and, let’s game plan accordingly.”